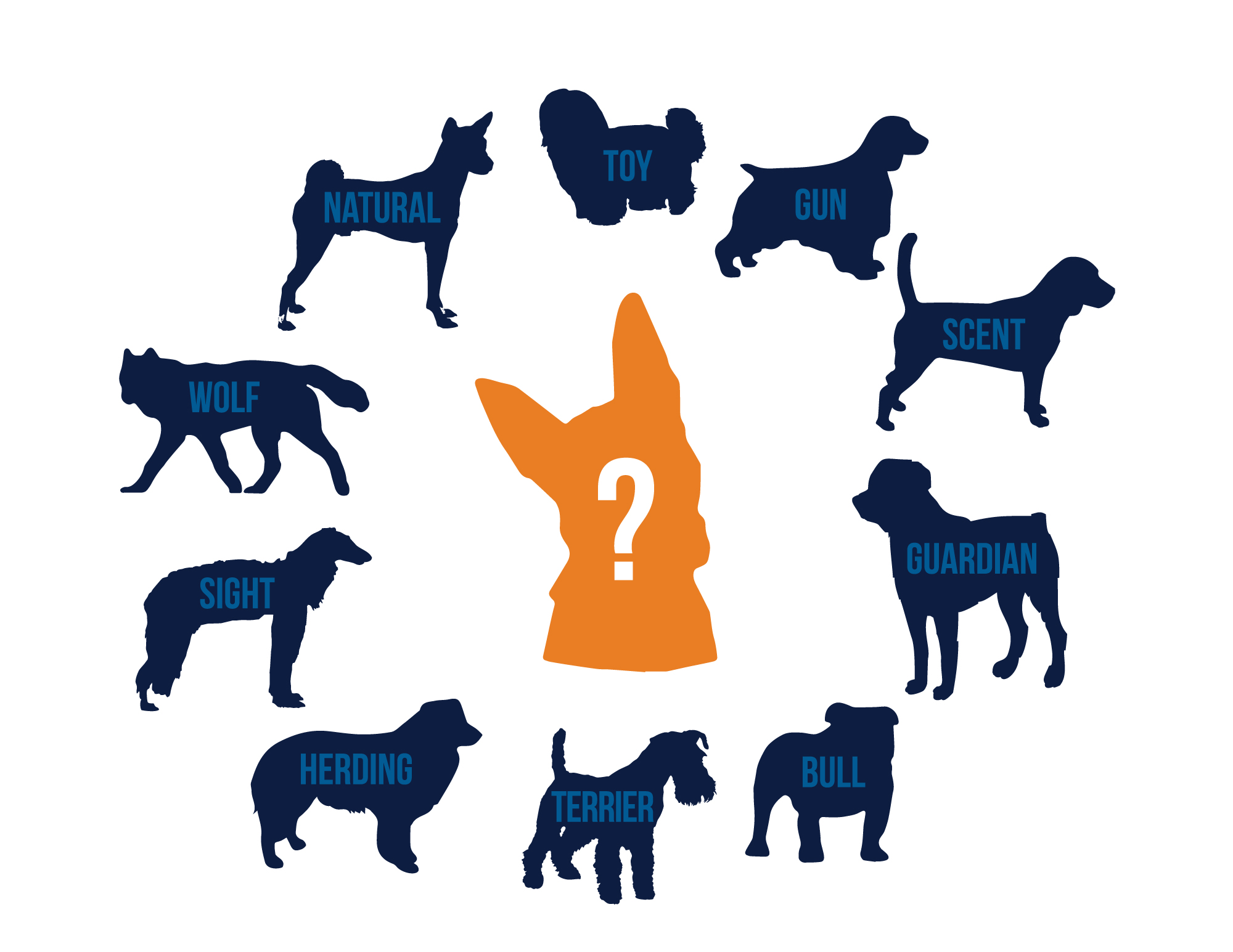 Geneticists have made great strides in their efforts to shed light on dog DNA in recent years. Though many scientists have understood the relationship between genetic selection for specific functions in dogs and their resulting appearance and behaviors for some time, the meaningful consequences of these effects for modern pet dog owners have only recently been more widely acknowledged and explored.

One of the most important breakthroughs has been the confirmation that dogs are genetically distinct from each other according to their historical jobs. Though dogs do indeed share the vast majority of the same genes, the devil of their differences is in the details - the regulatory SNPs (single nucleotide polymorphisms) that control the expression of those genes. It turns out that the software of DNA has as much to do with how an animal runs as the hardware does. How strongly your dog expresses certain behaviors is, after all, largely dictated by his DNA. It’s not all a matter of how well you raise him.

Your relationship with your dog can succeed or fail based on your understandings, expectations, and daily practices. Without a point of reference, without an appreciation for those perceptions and instincts that come with the territory for a given dog, you can find yourself perpetually frustrated in life with your canine friend.

You need to know which job your dog was bred for in order to be successful in your relationship with him. Many mixed breed dogs carry strong genetic influence from one or more genetic working group. Even if he lacks a pedigree, your dog might have a powerful predisposition for certain behaviors, and you need to be prepared.

Is he a hard-working herder who isn't likely be content in a condo? Or a guardian whose natural instinct is to protect you from your boyfriend’s tickling and the cable guy? Could he be a feisty critter-hunting terrier who might mistake your cat for a varmint? Maybe he is a scenthound born to passionately track animals through the hills rather than come when called? You're going to need more than a dog trainer to navigate his DNA. You need a reality check, a key to understanding what you've got.

The Dog Key uses a revolutionary algorithm to quickly determine which job your dog was bred for by analyzing the relationship between his physical traits. It is highly accurate and extremely fun, and only takes a moment to get results! Plus, it gives you a glimpse of the job your dog brings to the table - one you can't afford to miss.

Having a practical understanding and realistic expectations about your dog’s natural behaviors can make all the difference in your relationship with your canine friend. Unlock the secret to your dog’s DNA with The Dog Key today!

While The Dog Key™ app frequently is able to determine the most likely breed group type(s) contributing to a dog's genetic makeup, it cannot guarantee a dog's heritage or behavior. The scientific efforts by geneticists and evolutionary biologists to map the dog genome and develop phylogenetic models for the groups provides a working framework for our organization of The Dog Key™ breed groups for the benefit of public education. There are certain breeds that have some cross representation, and others which by definition are virtually Mutts in their ancestry despite being identified as a pure breed today. The Dog Key™ app is intended to help dog owners identify, learn about, and appreciate the group(s) that influence their dog's behavior in the their lives through comprehensive explanations about their scientific influences. It cannot, however, determinatively predict a dog's behavior, personality, temperament, etc.